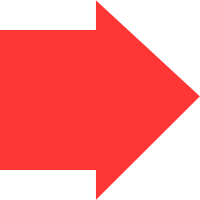 A Peruvian-American woman conquers immigration, illness, and family isolation in this unforgettable story of reconciliation.

“Perhaps it was foolish to expect that sixteen years of absence, pain, piling resentments, and shame could be overcome in just a few weeks…”

Prodigal Daughter tells the story of a filmmaker’s reconciliation with her Peruvian family after sixteen years as an undocumented immigrant in California.

Fleeing Peru in the 1990’s to escape political persecution, Mabel Valdiviezo endures traumatizing experiences and cultural isolation while her family suffers at home.

Years later, about to become a U.S. citizen, Mabel seeks to reunite with her parents while battling a life threatening illness.

Would Mabel’s growing spirit of forgiveness, a new acceptance of responsibility, and courage to face her past let her recover love and bring healing to herself and her family?

A documentary that offers a woman’s perspective on the immigrant narrative, Prodigal Daughter evokes universal emotions while exploring intimate relationships.

A Peruvian-American woman conquers immigration, illness, and family isolation in this unforgettable story of reconciliation.